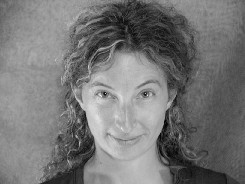 Laura Sartori is an Associate Professor of Sociology at the Department of Political and Social Sciences at the University of Bologna. She holds a Ph.D. in Sociology and Social Research from the University of Trento. She works on several topics related to the social and political implications of ICT: from digital divide and digital inequalities to new forms of political participation and e-deliberation. Current projects are about 1. Complementary currencies (the Italian case of Sardex), 2. Sociology of disasters and social innovation and 3. The social implications of IoT. She recently published “La società dell’informazione” (Il Mulino, Bologna, 2012), “The Political Party as a Network of Cleavages: Disclosing the Inner Structure of Italian Political Parties in the Seventies”, (with P. Parigi, in Social Networks, 2014), “From complementary currency to institution: A micro-macro study of the Sardex mutual credit system” (with P. Dini, in Stato & Mercato, 2016) and “Social Innovation and natural disasters: the case of the Casa Italia Plan” (under review, 2017).

Decide which cookies you want to allow. You can change these settings at any time. However, this can result in some functions no longer being available. For information on deleting the cookies, please consult your browser’s help function. Learn more about the cookies we use.

With the slider, you can enable or disable different types of cookies: